#MeToo Effort In Congress Not Over Despite Changes 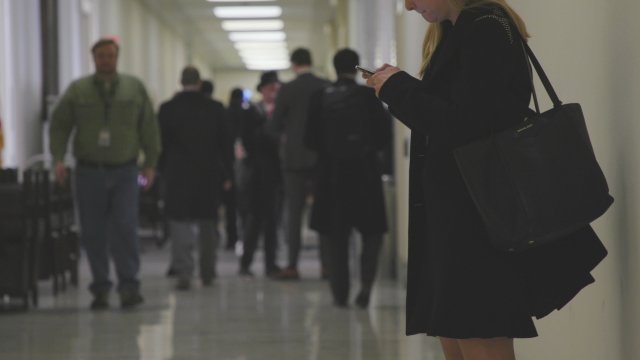 The year-long effort by Congress to confront its own #MeToo issues has ended with a package of reforms that falls short of what some former Capitol Hill staffers say is necessary to end harassment by lawmakers and senior aides.

“This bill represents a critically important first step, it must not be the last,” said a joint statement by Congress Too and The Purple Campaign, two groups that represent former Hill aides who experienced sexual harassment, assault or other bad behavior on the job.

After months of negotiations, the House and Senate approved new grievance procedures and resources for victims of workplace misconduct in Congress.

The legislation extends protections to interns and fellows who work on Capitol Hill by the hundreds.

It also ends secret taxpayer-funded settlements used by lawmakers to silence accusers and make their claims go away.

Once the deal becomes law, senators and House members who settle harassment cases will be publicly named and required to reimburse taxpayers themselves.

Employees would no longer have to wait out a “cooling off” period to file a complaint. They also would be allowed to work from home during the process to avoid having to be in the office alongside an accused harasser.

“I’m very glad that Congress will be taking this important step,” said Senate Majority Leader Mitch McConnell, R-Ky. “It strengthens protections for victims. It ensures that members of Congress will be held responsible for their own misconduct.”

Attorney Les Alderman, who has filed dozens of claims for workers in Congress, said the reforms could have gone much farther.

“They’re looking for a quick political victory,” Alderman said. “You know, ‘We've made this change to the harassment law. Yay we won. Let's go on to something else.’”

Gone from the final deal was a plan to have an outside investigation of claims. Also missing: free legal representation for accusers instead of only being available for the accused. And lawmakers would only have to reimburse settlements for harassment, not discrimination.

House Democrats say they will pass stronger anti-harassment measures when they take control of the chamber in January, though the changes would only apply to the House.