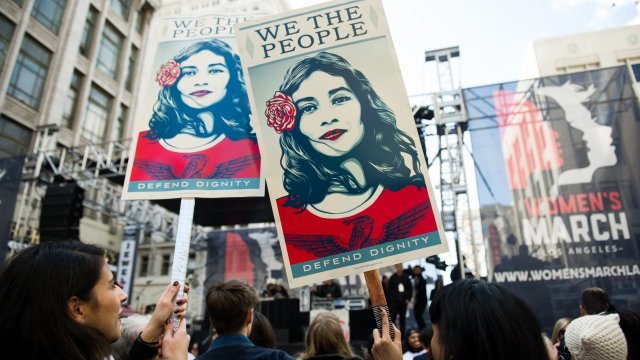 SMS
Merriam-Webster Names 'Feminism' Top Word Of 2017
By Gabrielle Ware
By Gabrielle Ware
December 12, 2017
The dictionary's most-searched words are like a walk down memory lane for the past year.
SHOW TRANSCRIPT

Merriam-Webster's Dictionary released its "words of the year" list, and it's basically a recap of 2017.

Taking the No. 1 spot is "feminism," which the dictionary defines as the "theory of the political, economic, and social equality of the sexes."

Webster says "feminism" was one of the top words searched for by dictionary users in 2017.

That may not be a huge surprise — it's been a big year for feminist moments. Lookups spiked around the Women's March on Washington, D.C., the release of the film "Wonder Woman" and during the #metoo social media campaign. 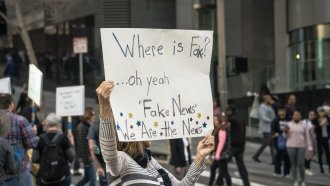 'Fake News' Is Getting Its Own Entry In This Dictionary

Tens of thousands of people shared their stories of sexual harassment online using the hashtag #MeToo in the wake of Harvey Weinstein allegations.

We have "Saturday Night Live" and Ivanka Trump largely to thank for the next word on the list, "complicit," which is defined as "helping to commit a crime or do wrong in some way."

People flocked to their dictionaries — or Google — to look up the word after "SNL" lampooned Ivanka Trump with a mock commercial for a fragrance called Complicit.

The word has been used to reference people within the Trump administration, as well as that administration's alleged ties to Russian interference in the 2016 election.

For a lot of the same reasons, Dictionary.com also recently named "complicit" its 2017 word of the year. 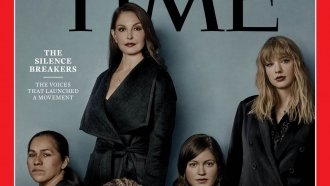 The word refers to someone in "a state or period of senile decay marked by decline of mental poise and alertness."

But for a long time, the word simply meant "imbecile."

North Korean leader Kim Jong-un referred to President Trump by the name earlier this year, and it saw a 35,000 percent increase in searches.

That's pretty impressive, considering the word had its heyday during the time of Shakespeare.