Mercedes-Benz Has A Good Reason To Replace Robots With Humans 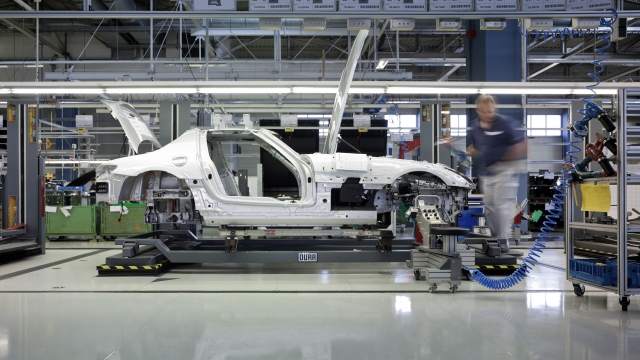 The automaker will replace some of its machines with humans in Sindelfingen, Germany.

You've heard it before: The robots are going to take all of our jobs. But this news may curb your worries a bit on the subject.

Mercedes-Benz won't be replacing skilled workers with robots at its factory in Sindelfingen, Germany. And it may actually be booting some robots from the line and replacing them with humans.

How come? The answer's simpler than you might've expected.

Markus Schaefer, the automaker's head of production, told Bloomberg, "Robots can't deal with the degree of individualization and the many variants that we have today."

So basically, humans are more versatile — which makes sense when you think about it.

Robots are programmed to do very specific tasks, especially ones that work on assembly lines. If something unexpected comes up, it's not likely the machine will be able to adapt to the circumstance.

Now think about the way new car purchases are made: Buyers pick a model. Sometimes there will be different trims to choose from — as well as things like color, wheels, extra packages — and in Mercedes' case there are a whole lot of options.

This comes shortly after the International Federation of Robotics released a report saying 1.3 million more robots will start service jobs across the globe by 2018. It's not clear if the group accounted for Mercedes' more human touch.

Though, to be fair, Mercedes will still be adding robots to the line — they'll just be designed to be more flexible. And they'll work with humans, rather than replacing them.