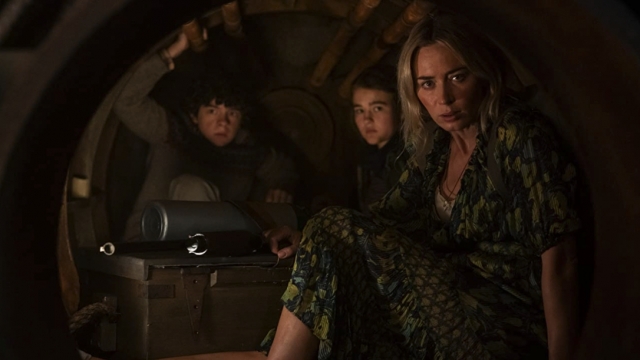 SMS
Memorial Day To Usher In Return Of The Summer Blockbuster
By Casey Mendoza
By Casey Mendoza
May 18, 2021
Movies like "A Quiet Place Part II" and "Cruella" are coming out this Memorial Day, and Hollywood is gearing up to get people back in theaters.
SHOW TRANSCRIPT

The summer blockbusters are cautiously and "quietly" coming back.

From John Krasinski and Emily Blunt's "A Quiet Place: Part II," Disney's "Cruella," Lin-Manuel Miranda's "In The Heights," and the latest "Fast & Furious" installment "F9," there's a little bit for everyone. But one question you'll be asking yourself all summer: where can I watch that?

After more than a year of uncertainty for cinemas, postponed releases and hybrid theatrical-streaming debuts, the return to theaters is fairly inconsistent. Movies like "Cruella" and "In The Heights" will still debut both in theaters and on streaming, while "A Quiet Place: Part II" and "F9" will exclusively be in theaters for the first couple weeks.

More than 63 percent of U.S. cinemas are open according to the National Association of Theatre Owners. That's an increase from roughly 40 percent last fall. And this past spring, the box office has been slowly picking back up with releases like "Raya and the Last Dragon," "Godzilla vs. Kong," "Demon Slayer," "Mortal Kombat" and "Wrath of Man."

That's good news for the movie theater industry, but it's still unclear if the popularity of streaming has substantially changed audience behavior. Because of that, Hollywood studios and executives are working on PSA's and PR campaigns to drive home the idea that "The Big Screen Is Back."

With two major blockbuster openings for "Cruella" and "A Quiet Place Part II," Memorial Day is going to be a big test of audiences' movie-going appetites for the summer.