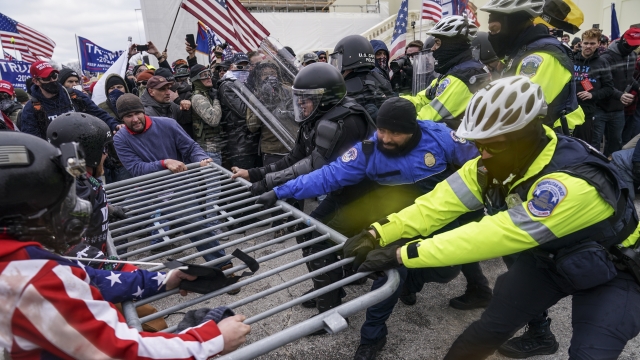 Members of U.S. Capitol Police sent an anonymous letter to lawmakers expressing what they described as their "profound disappointment" in GOP leaders' opposition to the bill.

They wrote: "It is a privileged assumption for members to have the point of view that 'it wasn't that bad'. That privilege exists because the brave men and women of the USCP protected you, the members."

U.S. Capitol Police noted the letter is not an official statement adding the department "does not take positions on legislation."

Liebengood took his own life three days after the Jan. 6 attack.

His family said in a statement, "We believe a thorough non-partisan investigation into the root causes of and the response to the Jan. 6 riot is essential for our nation to move forward."