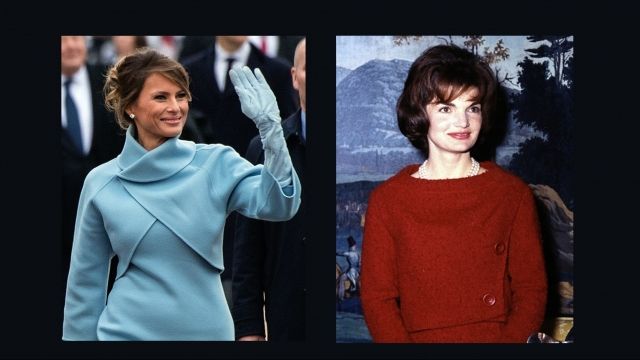 Almost two decades ago, Melania Trump (then-Melania Knauss) told The New York Times she'd like to have a traditional role "like Betty Ford or Jackie Kennedy" if she ever lived in the White House.

At the time, her boyfriend Donald Trump — whom she married in 2005 — considered running for president.

Fast-forward to 2017. Asking what type of first lady Melania Trump would like to embody is no longer a hypothetical question.

And that quote from 1999 seems more relevant than ever. The media has ramped up comparisons of her to Jackie Kennedy, while the Betty Ford parallel is somewhat forgotten.

But other people are certainly doing it for her. A history professor told NPR, "If history is any guide, she might be sort of a Jackie Kennedy type, a well-dressed women who will be seen as popular in the women's magazines but largely stays quiet and on the sidelines in terms of her public image."

And a political science professor told USA Today, "Jackie Kennedy wanted to protect her children and herself. Melania will be like that; she won't like talking in public."

A GQ profile on Melania published last April, referenced Jackie five times. But none of those references were made by the new first lady. 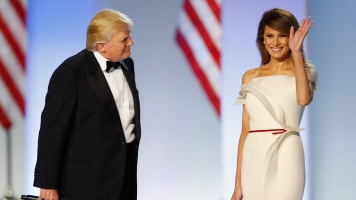 Can Melania Climb Out Of Low Approval? A First Lady Expert Weighs In

That same interview is now being reused as the cover story for Vanity Fair Mexico's February issue. The cover reads "how [Melania Trump] plans to become the new Jackie Kennedy."

Both GQ and Vanity Fair Mexico are owned by the same parent company: Conde Nast.

Melania actually criticized the article when it was published last year, saying it had "numerous inaccuracies." But so far, she hasn't criticized anyone linking her to the late "Jackie O."