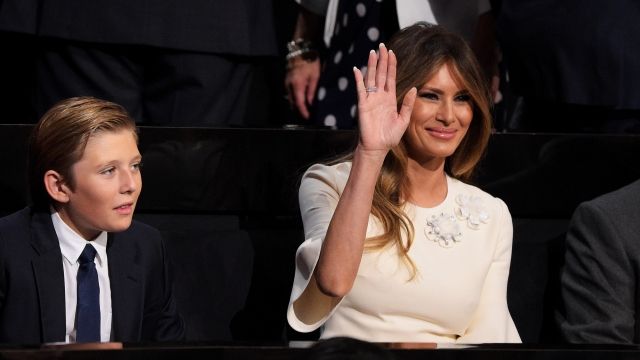 SMS
Melania Trump And Her Son Will Soon Be Living In The White House
By Ryan Biek
By Ryan Biek
April 16, 2017
The cost of protecting the pair in New York hasn't sat well with critics.
SHOW TRANSCRIPT

First lady Melania Trump and her son Barron will be moving into the White House this summer.

A White House official confirmed the move to Fox News, which noted the plans fit the timeline officials had given in December for leaving Trump Tower in New York City.

A big reason for staying in the penthouse reportedly has been so Barron can finish out the school year.

But critics have pointed to the high costs of protecting two different homes.

In reality, three residences have needed protection. President Donald Trump has spent a total of about three weeks at his resort in Florida since the inauguration.

So far, the NYPD and the U.S. Coast Guard have had to bear most of the costs.