Despite The March, The Gun Debate Isn't Settled Among Young People 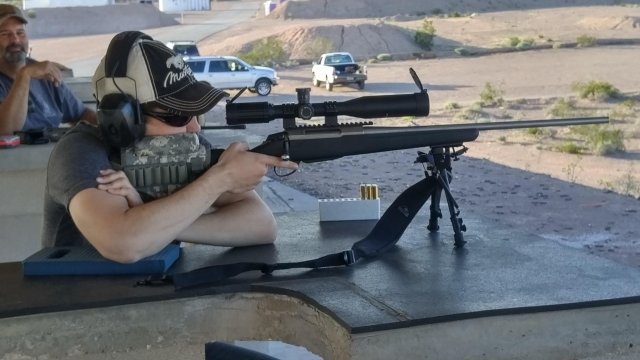 The aftermath of the mass school shooting in Parkland, Florida, has taken up a lot of the country's bandwidth for weeks. And that's thanks to the movement of young people calling for gun control, often and publicly.

The outcry and media coverage has focused on the large groups of students who want change. But what about the ones who don't want any new restrictions on guns?

"Generally I would consider myself to be a very pro-gun person. I strongly support not only the Second Amendment but an individual's inherent right to effective self-defense through gun ownership," Liberty University student Tanner Ray said.

Ray is a gun-loving college student from Texas. He thinks there shouldn't be any more gun control measures and that there's not really a middle ground on guns.

"With this situation there's not much room to compromise, quite frankly," Ray said. "It's either infringing or not infringing with a right."

And he's not alone. Cody Frandsen is 17 and a high schooler in Spanish Fork, Utah. Frandsen believes the gun policy prescriptions of his more liberal peers just won't work and that Americans should focus on mental health.

"I don't think gun violence exists. I don't think it's guns. It's people. We need to put guns in the right hands," Frandsen said. 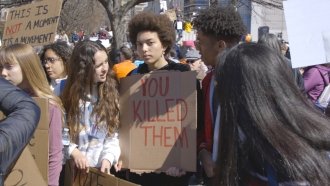 Both Ray and Frandsen say their views on this issue don't really sit right with their peers. The reactions can range from civil to pretty nasty.

"I get made fun of for what I believe in a lot — stuff thrown at my truck quite a bit. Like today, some kid threw a can at my truck today," Frandsen said.

"I think they're often surprised to find that, oh, I'm not just some gun-toting redneck out here who's going to slander your name whenever you oppose me. No, I'm going to take your side, and we're going to have a rational discussion," Ray said.

Ray and Frandsen are still in the minority in their peer group — but not by much more than the rest of America. Gallup found that on average, young people are only 1 percentage point more likely to want stricter gun laws than the current national average of 57 percent.

So while some feel like this is a settled discussion among young people, it actually doesn't seem like this argument is going anywhere anytime soon.

"This will be definitely a fight that will probably continue on even throughout my generation," Ray said.