Why 2020 Dems Need To Tread Carefully on Medicare-For-All 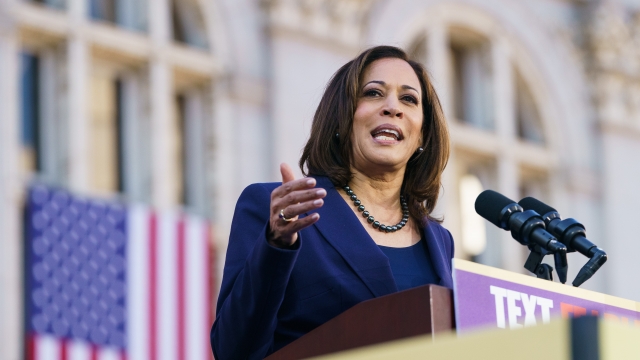 SMS
Why 2020 Dems Need To Tread Carefully on Medicare-For-All
By Kellan Howell
By Kellan Howell
February 11, 2019
Medicare-for-all has become a litmus test for 2020 Democratic hopefuls, but they'll have to walk a fine line to win the general election.
SHOW TRANSCRIPT

When it comes to health care, Medicare-for-all has become a litmus test for the 2020 democratic field.

The policy would essentially nationalize health care for all Americans through a federally-run system like Medicare that would be paid for with tax money.

And the idea is pretty popular. A January poll from the Kaiser Family Foundation found that 56 percent of Americans favor a national health plan like Medicare-for-all.

That number jumps to 74 percent when people are asked if they approve of a similar plan that would be optional and open to everyone.

The problem Democrats like Rubin see on the horizon is how popular opinion changes once Americans are asked about the plan’s potential impacts.

Kaiser found 70 percent of Americans oppose Medicare-for-all when they are told it would result in delays for some treatments.

60 percent said they opposed it when they were told it would lead to higher taxes.

"The challenge for the Democratic candidates is how to articulate a vision of health care that works for all Americans but not to get boxed into a specific policy prescription that would be very hard to defend in the general election," Rubin said.

Sen. Kamala Harris (D-Calif.) got herself into hot water when she suggested getting rid of the private health industry all together during a CNN town hall. Her aides walked that back the next day, saying Harris also supports more incremental steps toward Medicare-for-all.

"The question will be how far can Democrats go while still feeling like they can have a viable winning argument against Donald Trump," Rubin said. "We already see Republicans labeling Democratic positions as socialism and trying to put every democratic position into the far-left box to try to intimidate voters for the general election. So the Republicans are playing for the general while Democrats are playing for the primary."

Harris, Cory Booker, Elizabeth Warren, and Kirsten Gillibrand are all co-sponsors of a Medicare-for-all bill introduced last year by Bernie Sanders. House Democrats are expected to unveil a similar bill soon, which could test how far presidential hopefuls in Congress are willing to go on the issue.