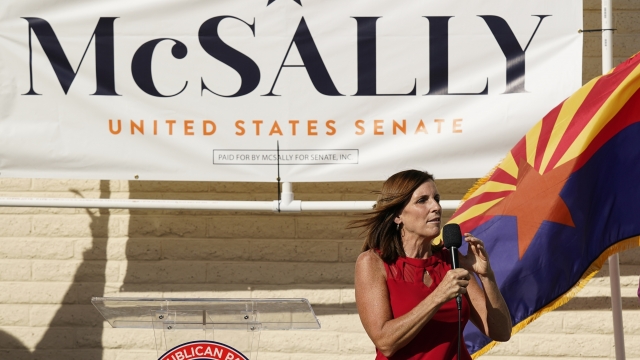 The incumbent Republican senator said in a statement Friday she has called Senator-elect Mark Kelly to congratulate him on winning. She added that she would assist her Democratic rival in the transition process before he takes the senate seat in early December.

She said: “It has been an absolute honor to fight for and serve Arizona in the U.S. Senate, especially during these unprecedented times."

“I will always be inspired by the strength, resilience, innovation, and compassion that I witnessed from Arizonans as I traveled throughout our great state. I will never forget what I learned from all of you.”

McSally was appointed to the Senate seat in 2019 — which was left vacant following the death of Sen. John McCain.

She was given the seat after campaigning to replace retiring Sen. Jeff Flake in 2018, but lost to Sen. Kyrsten Sinema.

McSally waited for nearly a week to concede after media outlets called the race in Kelly's favor, as President Trump has also refused to admit defeat to Democratic rival Joe Biden.

McSally made no announcement about her future career plans. Kelly will serve the remainder of the late-McCain's term — which ends in 2022.