McDonald's Might Swap All Its Frozen Beef Patties For Fresh Ones 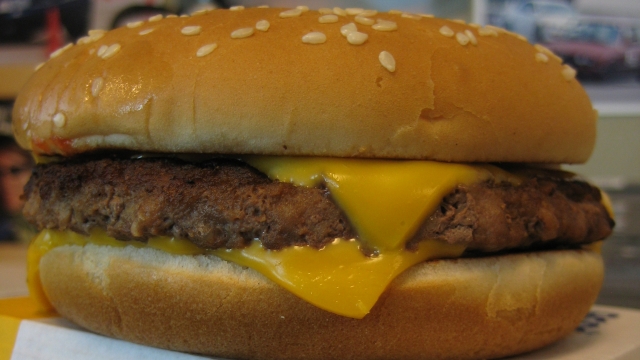 SMS
McDonald's Might Swap All Its Frozen Beef Patties For Fresh Ones
By Melissa Prax
By Melissa Prax
May 13, 2016
McDonald's is swapping out frozen burger patties for fresh beef at 14 of its Dallas-area locations.
SHOW TRANSCRIPT

Where's the fresh beef? Apparently, it'll soon be under the golden arches.

McDonald's is swapping out frozen burger patties for fresh beef in 14 of its Dallas-area locations.

The company has been touting 100 percent real beef patties for some time now, but its website says freezing them maintains "the freshest flavor."

McDonald's has been fighting slumping sales in the U.S., and testing fresh beef could be another effort to lure in customers.

And some of McDonald's biggest competitors, like Shake Shack, use fresh beef burgers as a main marketing point.

While it's still early to see if fresh beef will be rolled out everywhere, a company spokesman told USA Today, like any test at the company, this is simply meant "to see what works and what doesn’t."