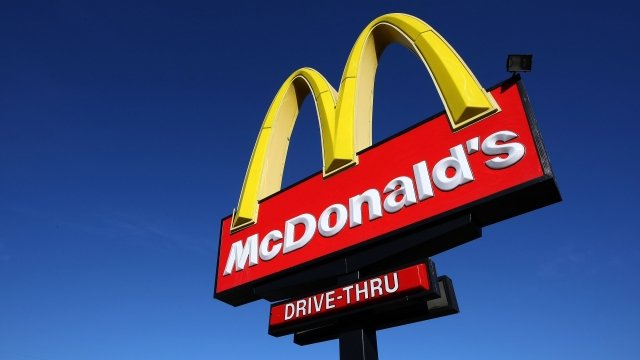 SMS
This Fast-food Giant Might Have Just Had Its Worst Day Ever
By Katie Cammarata
By Katie Cammarata
March 4, 2018
McDonald's shares dropped 4.8 percent on Friday, and analysts say a revamped Dollar Menu might be the reason.
SHOW TRANSCRIPT

McDonald's just had one of the worst days in its history — or at least since it started tracking data in 1972.

The company's shares dropped 4.8 percent Friday, which is the biggest percentage drop since 2008 and the fast-food chain's "sharpest total dollar decline for a week ever," according to Marketwatch.

There are reportedly two reasons for the drop. One is lackluster sales for the new "$1 $2 $3 Dollar Menu," which was expected to boost sales but isn't living up to the hype.

And the second is that the marketing for the floundering new Dollar Menu might be negatively affecting sales of other products.

Despite the drop, analysts told Marketwatch they "see opportunity for growth" in coming quarters.