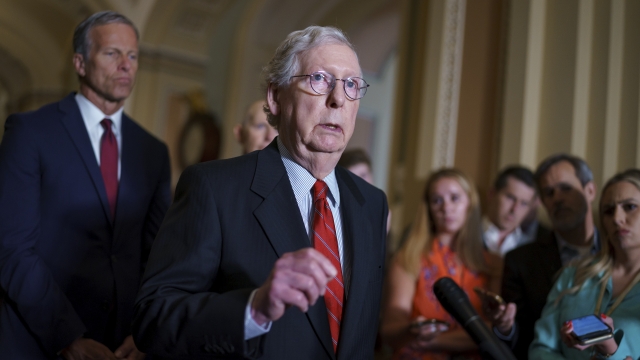 Senate Republicans sent a fresh message to their Democratic colleagues: Good luck trying to get voting legislation through the upper chamber.

But the core desire they have is to federalize all elections, to try to achieve a benefit for the Democrats at the expense of the Republicans. Not surprisingly, there will not be a single Republican who supports it.

Democrats are trying to pass a sweeping voting rights bill that would make it easier to vote. But they don't have the votes required to pass legislation.

Not only is there little Republican support but Democratic Sen. Joe Manchin also indicated he won't support it.