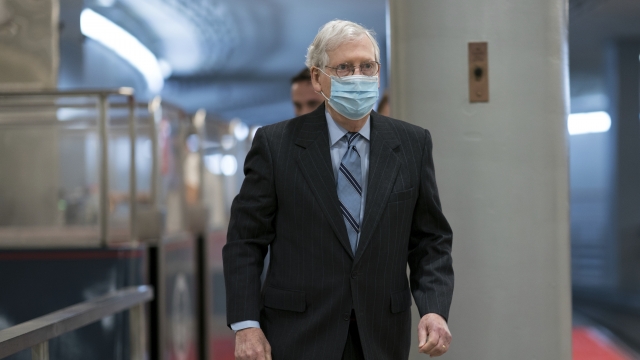 While the House and Senate hold hearings on the Capitol riot, lawmakers are also moving to create a bipartisan commission to investigate the event.

But Senate Minority Leader Mitch McConnell says the draft proposal isn't bipartisan at all. And Speaker of the House Nancy Pelosi wants a panel with seven Democrats and just four Republicans.

"An inquiry with a hardwired partisan slant would never be legitimate in the eyes of the American people," said McConnell. "An undertaking that is uneven or unjust would not help our country."

Pelosi has said it would be similar to the 9/11 Commission. But that panel included an equal number of members from each party.