McConnell Calls For End To Investigations Into Trump 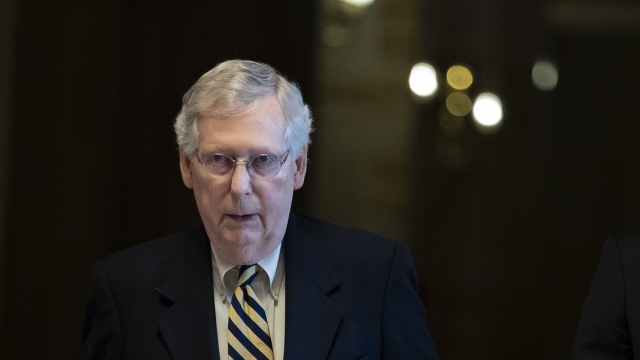 SMS
McConnell Calls For End To Investigations Into Trump
By Katie Cammarata
By Katie Cammarata
May 7, 2019
While the Russia probe is done and the report has been submitted, Democrats are still investigating President Trump's conduct.
SHOW TRANSCRIPT

Senate Majority Leader Mitch McConnell has called for an end to investigations into President Donald Trump.

McConnell made the statements in a floor speech Tuesday. He said Democrats have "told everyone there'd been a conspiracy between Russia and the Trump campaign ..."

"Yet on this central question, the special counsel's finding is clear: Case closed. Case closed. This ought to be good news for everyone, but my Democratic colleagues seem to be publicly working through the five stages of grief," McConnell said.

While special counsel Robert Mueller's Russia probe is done and the report has been submitted, Democrats are still investigating President Trump's conduct.

Senate Minority Leader Chuck Schumer responded to McConnell's comments, saying it was "an astounding bit of whitewashing — not unexpected but entirely unconvincing."