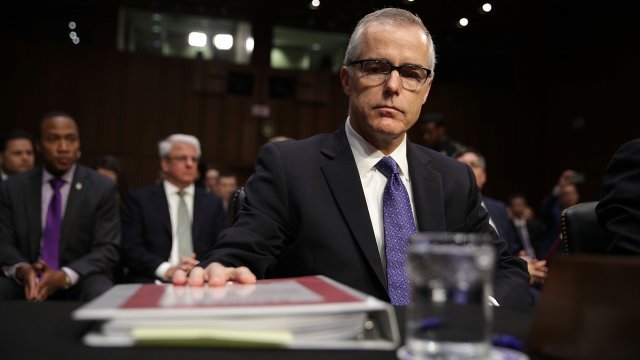 Supporters of former FBI Deputy Director Andrew McCabe set up a GoFundMe campaign on Thursday, and it's already blown past its $100,000 goal to over $500,000.

The fund is meant to help McCabe pay for his legal fees. The creators of the page say they expect there will be a few congressional inquiries and that McCabe himself might consider lawsuits of his own.

There's also some worry McCabe might face criminal charges stemming from the Office of the Inspector General report that was the basis for his firing.

McCabe was fired earlier in March, less than 48 hours shy of when he was set to retire.