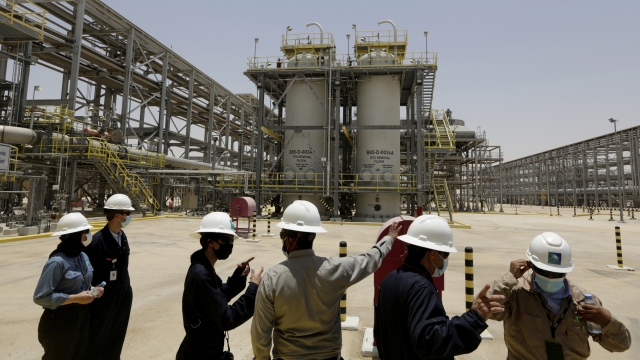 His public vow comes after a massive leak of documents reportedly showing how nations, including Saudi Arabia, sought to influence UN recommendations on combating climate change.

An unclassified intelligence report this week assesses countries that rely heavily on fossil fuel exports will resist a fast transition because of the economic and geopolitical costs.

"It's an open question whether this will motivate change. We've spent decades slow rolling towards progress. So one one can be hopeful... Or one could be pessimistic."

On Thursday, the Office of the Director of National Intelligence released a chilling report on warmer temperatures, describing a world with grave competition for power and resources, as well as economic distress and massive displacement.

The intelligence community also assesses that “some countries are using a pledge to mask a lack of seriousness,” and that they will probably “continue to present favorable data.”

"I think the report is a bit of a disappointment in that it doesn't really convey the urgency of the problem."

"The report doesn't address adverse impacts on the military, such as on bases and operations and readiness. We have seen the U.S. military just this summer deployed to fight wildfires in North America and North Africa. And these considerations are necessary to really gauge the threats to national security."

President Biden is the first president to make climate change a top priority in his national security strategy. He may not have legislative support for his climate agenda when he heads to the G20 summit in Rome next week, and the UN Climate Change Conference in Glasgow after that. But, he will have the full weight of the intelligence community.