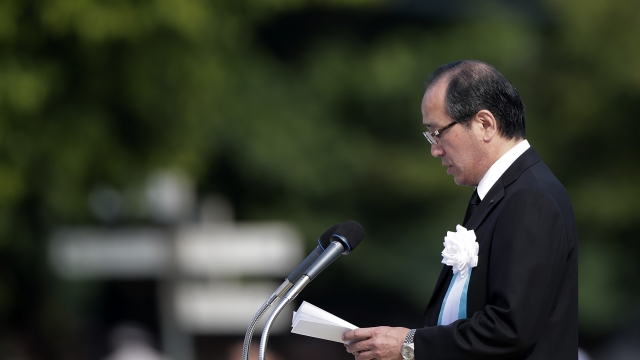 Saturday was the 71st anniversary of the atomic bombing of Hiroshima, and the city's mayor took the opportunity to encourage other world leaders to be more like Obama.

The mayor was referring to Obama's May visit to the city, which was hit by an atomic bomb from the U.S. during World War II.

"The scientific revolution that lead to the splitting of the atom requires a moral revolution as well. Ordinary people understand this, I think," Obama said in May.

The Hiroshima mayor wants more world leaders to visit the city and to work toward getting rid of nuclear weapons.

The trip earlier this year made Obama the first sitting president to visit the Japanese city since the atomic bomb killed more than 100,000 people in 1945.

This video includes images from Getty Images and clips from PBS.