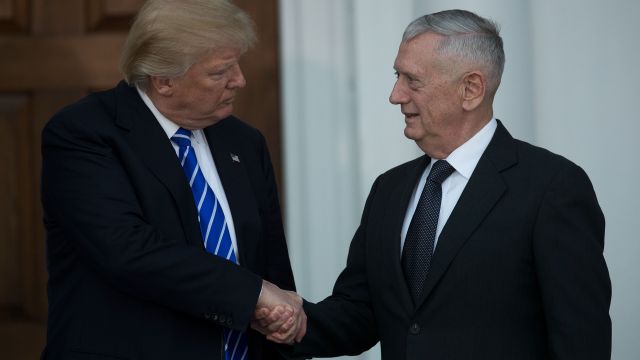 "We are going to appoint 'Mad Dog' Mattis as our secretary of defense," President-elect Donald Trump said at rally in Cincinnati, Ohio, on Thursday night.

Trump went on to compare Mattis to Gen. George Patton, saying, "He's our best" and "it's about time."

Mattis' nomination doesn't come as too much of a surprise, as he has already offered the president-elect advice. Trump said Mattis gave him a new perspective on waterboarding, which Trump has promised to bring back.

The retired four-star general is known for being a blunt military strategist and is expected to be tough on Iran.

Because Mattis has been retired for only three years, he will need a congressional waiver to allow him to serve in a civilian role. Typically, former military members have to wait seven years before taking a government job.