30 Minutes With: Judy And Dennis Shepard 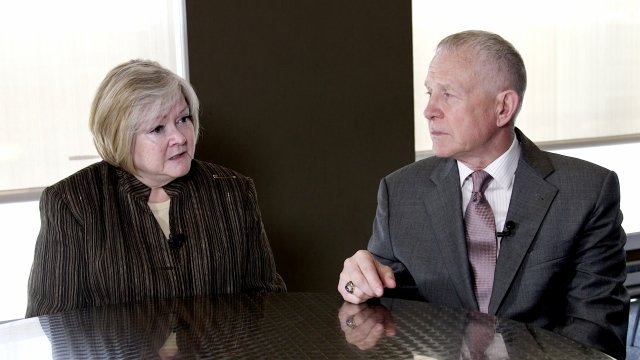 Matt Shepard's brutal murder put hate crimes against the LGBTQ community in the national spotlight. As painful as it is, his parents keep it that way.

Judy and Dennis Shepard lost their son, Matthew, after he was kidnapped, tied to a fence, beaten and left for dead in 1998. His murder launched a national discussion surrounding hate crimes and homophobia.

As the 20th anniversary of Matthew's death approaches, his parents are traveling the country to discuss the importance of reporting and prosecuting hate crimes, how to be an ally to marginalized communities, and why it's more important than ever to do so.

"30 Minutes With" airs every Wednesday at 6 p.m. ET on Newsy. Click here to check your local listings.