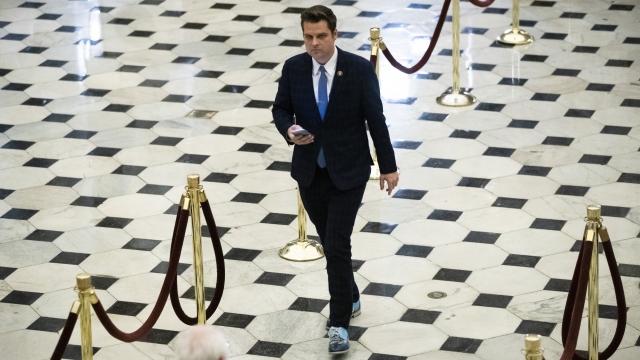 A man closely connected to Republican Rep. Matt Gaetz of Florida is expected to plead guilty to sex trafficking and fraud charges.

A judge reportedly gave Joel Greenberg until May 15 to enter his plea.

Reports have been swirling that Gaetz paid for a minor to cross state lines for sex. He hasn't been charged but is under federal investigation.

Greenberg's attorney told reporters the news is likely unsettling to Gaetz, who has denied any wrongdoing.

“This is devastating news for Matt Gaetz. Matt Gaetz's defense is number one, he has never paid for sex; number two, he has never had sex with an underage girl," said Palm Beach County state attorney, Dave Aronberg. "Greenberg's testimony could totally destroy those defenses, especially if he has incriminating messages from Gaetz.”

The top Republican in the U.S. House of Representatives, Kevin McCarthy, says Gaetz won't lose his job until there's proof he committed a crime. And Gaetz has said he has no plans to resign.

We are hearing from one Republican who says Gaetz should be off the job. Republican Rep. Adam Kinzinger of Illinois shared a tweet saying Gaetz needs to resign.

The tweet included a report from The Daily Beast. It claims Gaetz sent his friend Joel Greenberg $900 on Venmo. And the next morning, Greenberg used the payment app to send $900 to three young women.

The Daily Beast also reports while it was looking into Gaetz's Venmo transactions, the publicly available list of transactions disappeared.