Matchmaking Is Making A Resurgence In The Dating World 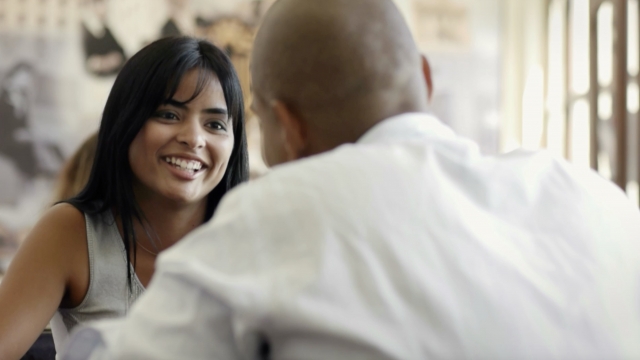 In this segment of "Love Life," Newsy's "In The Loop" explores the resurgence of matchmaking to find love in today's culture.

The idea of matchmaking was the subject of shows like "The Millionaire Matchmaker," which ran for eight years starting back in 2008, and "Indian Matchmaking," which recently released its second season. Matchmaking has also made its way into movies, like in "Fiddler on the Roof" and "Mulan."

However, matchmaking beyond the big screen is still a bit misunderstood. It has a long history in many cultures, and it's something that many people are turning to today.

According to IBIS World, the dating services industry has grown over the last decade: from a billion-dollar industry in 2012 to being worth over $4 billion in 2022. Matchmaking services will account for 21% of the revenue this year.

Dating coach Ali Jackson told Newsy some of the recent trends she's seen with people seeking out professionals to help them meet their match.

"I've actually seen, I think, more so people from cultures where help wasn't typically ingrained into their culture seeking help at a higher rate, perhaps because they're exposed to things like 'Indian Matchmaking' or shows that they're seeing where they're realizing, 'Oh, that is something that people do,'" Jackson said.

Matchmaking goes all the way back to ancient Greece, where women matchmakers called Promnestrias did all of the negotiating between the bride and groom's families.

Matchmaking has been a norm in India since the 4th century, and the tradition holds strong today. A 2018 survey found that 93% of married Indians had an arranged marriage, while just 3% said they had a "love marriage," which is when people choose their life partner.

In Japan, matchmakers set up meetings with singles called Omiai, though these are less popular today. A survey from the National Institute of Population and Social Security Research found that in 1930, 69% of people in Japan were married through these meetings. By 2015, that number dropped to 5.2%.

In England, Queen Victoria was a matchmaker herself in the late 1800s. She set up arranged marriages for her children and grandchildren. Then, other people started taking part in the matchmaking process, making it not something just for royalty.

In the 1920s, there was an attempt to use science to match people. The Smithsonian published an article explaining a few different scientific tests that had been used to determine whether a married couple would work or not.

In the 1960s, people would pay a few dollars to answer a questionnaire that would be used to help find them a match.

Dating Is Getting Tougher In The U.S.

The "In The Loop" series Love Life digs into how Americans are dealing with the changing landscape of modern dating.

If a person is looking to be professionally match made in the U.S. today, it can cost a pretty penny, regardless of that someone's background or traditions.

There are a few things that factor into the overall price, like the type of matchmaker and the package. Some companies offer a guaranteed number of dates, and others charge for the length of time they are helping the client.

These services can range anywhere from $500 to $250,000 a year. Jackson says while these services are expensive, there are ways to make this kind of advice attainable for people who don't have a lot of extra cash.

Take Dating TikTok: It has over 600 million hashtag views. Though users may have to sort through many videos of personal dating horror stories, there are also real dating experts with advice on the app.

"I think that social media and TikTok has been so great because although you've got to be careful what you just see on TikTok and decide is fact, I think what's really cool is that you can engage with a lot of content that you're getting totally for free and then kind of ease into what you think might make sense for you within your budget," Jackson said.

Jackson also explains that dating doesn't come naturally to everyone. Part of working with a professional is more than just paying to be set up. They help clients understand what their needs are and how to communicate them.

"We seek coaching and help in so many areas of our life, like our career, for example, or mental health, and dating just hasn't been something that I think has been seen as okay to seek help with," Jackson said. "That's starting to really change, and people are starting to see it as something that you can seek help with and that it's OK and it's not taboo. That tide has started to shift, which has been really cool."