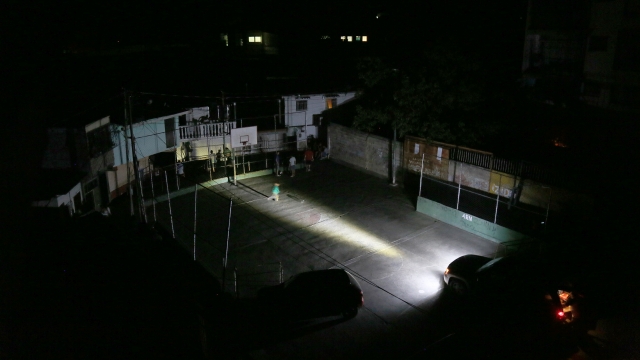 Venezuela's opposition leader is prepared to call for a "state of national emergency" as blackouts continue across most of the country for the fifth day.

Juan Guaidó, who has declared himself interim president, is expected to make the call Monday during a special session of parliament.

Guaidó says at least 17 people have died at hospitals during the outage.

"You can say with all responsibility that Venezuela has already collapsed," he said.

Blame for the blackout is being pointed in multiple directions.

President Nicolás Maduro alleges the U.S. carried out an "international cyberattack."  But  Guaidó says it's the product of "the corruption of a regime that doesn't care about the lives of Venezuelans." The U.S. also says the outages are "the result of the Maduro regime's incompetence."