Why Most Airlines Aren't Requiring Masks For Passengers... Yet 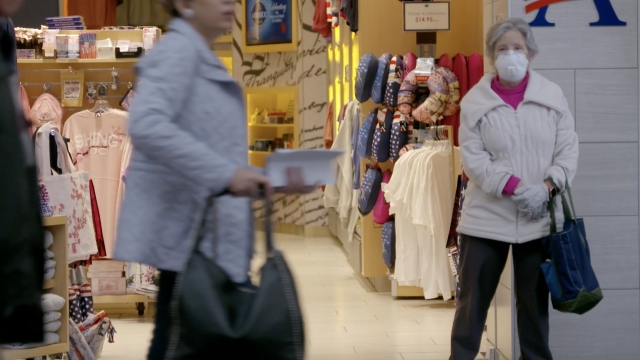 Masks are still not mandatory for passengers flying on most U.S. airlines despite images on social media of airplane cabins lacking social distancing, even now with far fewer people flying during the pandemic.

Newsy asked 10 major airlines why they are mandating masks for flight attendants and gate agents, but not customers.

The responses show U.S. air carriers are reluctant to require masks for passengers without a new policy from the federal government.

Air carriers pointed to federal agencies that haven’t said one way or another if they should require passengers to cover their faces.

Two of the four biggest airlines, American and Delta, told Newsy they’re following CDC advice which recommends masks but stops short of saying they should be mandatory.

Allegiant said they look to the FAA, which hasn’t issued its own verdict on face coverings.

The FAA, which has rules for wearing a seatbelt in flight, told us masks are different because they’re not part of the safe operation of an aircraft.

“The regulatory agencies are relying on bureaucratic language that says, 'Hey we’re not in charge of that, ain’t my job.' As captain of an airplane that’s the last thing I want to hear because you know what, it is my job,” said Dennis Tajer, a pilot for American Airlines and spokesman for the Allied Pilots Association.

The union has asked the FAA to issue face-covering rules so it’s not up to airlines to figure out if masks are necessary and how to enforce their use.

The FAA administrator on April 14 said the agency was working with the CDC on new guidance for face coverings. An agency spokesperson confirmed there are no new guidelines yet.

“In a time of such monolithic crisis it’s time for some definitive direction,” Tajer said.

Southwest said its policies are continuing to evolve during the COVID-19 crisis but did not answer Newsy’s questions about why it doesn’t have mask rules for passengers.

United did not respond at all.

JetBlue became the first U.S. airline to announce it would require face coverings for passengers, except small children, during check-in, boarding, and on flights.

The airline called masks for passengers “the new flying etiquette.”

Canada began requiring face coverings for passengers flying to, from or within that country starting April 20.