This Masked Dinosaur Was An Expert At Camouflage 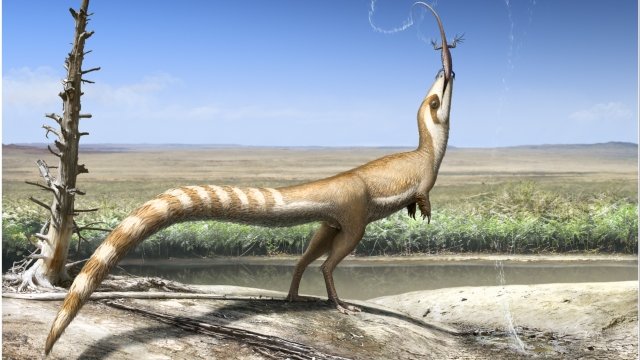 SMS
This Masked Dinosaur Was An Expert At Camouflage
By Sarah Schlieder
By Sarah Schlieder
October 26, 2017
Many of today's animals still use the same camouflage technique that sinosauropteryx used about 130 million years ago.
SHOW TRANSCRIPT

Using preserved skin and feathers, scientists have lifted the mask of a 130-million-year-old dinosaur to uncover its sophisticated camouflage technique.

Researchers recently reconstructed the color pattern of the sinosauropteryx, a dinosaur that once roamed present-day China. 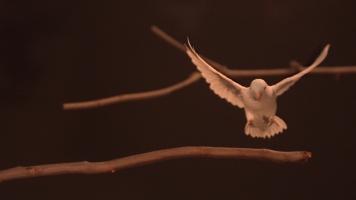 The scientists found this small, feathered dinosaur had a bandit mask-like stripe across its eyes, similar to raccoons. It also had a striped tail and a type of camouflage known as countershading. Animals appear darker on top and lighter underneath to avoid detection by predators and prey.

These findings show that even after millions of years, animals like dolphins, squirrels and penguins still use the same color patterns and camouflage techniques as their ancient ancestors.