From Plucky To Embattled: Mark Zuckerberg's Public Image Is Evolving 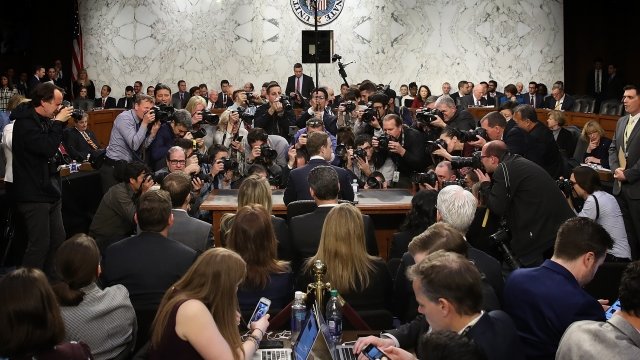 Facebook CEO Mark Zuckerberg testified this week for the first time in front of Congress. Some might call that a "rite of passage" for the young tech leader, but not for the most positive reasons.

"We didn't take a broad enough view of our responsibility, and that was a big mistake. It was my mistake, and I'm sorry," Zuckerberg said. 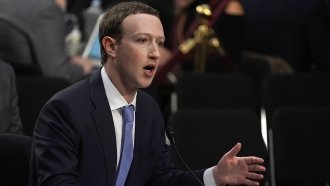 This is an evolutionary period for Zuckerberg's public image — something the CEO has spent years crafting, and something researchers have been heavily analyzing. One of those researchers is Tim Hwang, who founded a journal of academic essays that focuses entirely on the "visual culture of Mark Zuckerberg."

Hwang told The Guardian we're entering "the third era of Zuck" — but before we get into that, let's talk about the first two eras. The first was Zuckerberg the college-student-turned-billionaire, as portrayed in the film "The Social Network."

He didn't give many public speeches, but when he did, outlets like Fast Company said he appeared to be an "average public speaker." Other critics said he seemed very nervous.

But then, as a result of Facebook's meteoric rise, Zuckerberg fell into the role of world leader — a man whose actions have massive implications on global politics and culture. He still wears his plain, gray T-shirts, but he also leads "Fireside Chats," goes on nationwide listening tours and gives commencement addresses. 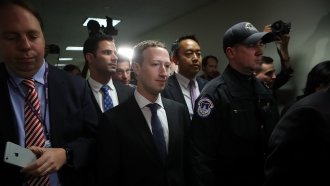 We see parts of that Zuckerberg in his testimonies before Congress — but we may also see something else: the image of a beleaguered leader.

Despite the five hours of questioning from the Senate commerce and judiciary committees, The New York Times said Zuckerberg "seemed calm, deferential and prepared." Other outlets and lawmakers seemed to agree. By the end of Tuesday's testimony, shares in Facebook increased more than 5 percent.

Going forward, it's unclear how Zuckerberg's testimony will affect his and Facebook's public image. But one thing is certain: The CEO doesn't seem to be backing down.