Study Finds Smoking Marijuana Could Have A Surprising Health Risk 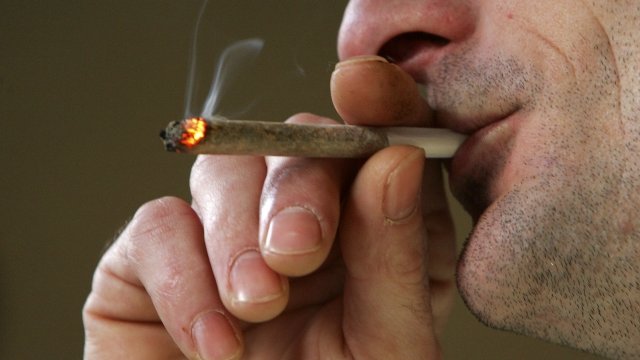 By Grant Suneson
August 9, 2017
A new study found that people who have used marijuana may be more three times as likely to die of hypertension than those who haven't.
SHOW TRANSCRIPT

A new study has found that smoking marijuana could have a surprising health risk.

The European Society of Cardiology published research that says people who have used marijuana could be more than three times as likely to die from hypertension, also known as high blood pressure.

The study compared the causes of death among a group of around 1,200 people. They were divided into groups: non-smokers, pot users, cigarette smokers and people who smoked both. It determined that pot use was more associated with hypertension than cigarette use was.

The scientists point to other research that says smoking pot can increase a person's heart rate by 20-100 percent for a few hours. That increase in blood pressure could strain the circulatory system.

It's not all bad news for pot proponents, though. The study said there was no relationship between pot use and heart disease or cerebrovascular problems like strokes. 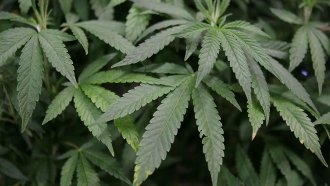 The study does have some limitations. The researchers acknowledged "the number of smokers in our study was small and this needs to be examined in a larger study."

The study also tracked the causes of death for people who admitted to ever using marijuana. It didn't track how much marijuana they actually used.

This latest research could be a red flag for legalization advocates claiming the drug doesn't have many serious health concerns. But other studies have shown that pot has a number of health benefits.

Some research suggests cannabis could reduce the size of tumors. And despite how it might seem, research shows pot can actually help lungs function.

Marijuana can also function as a pain reliever that's helpful for those who can't use opioid painkillers.

But marijuana may not be a miracle cure after all. Like lots of medications, it has benefits and side effects.