U.S. House To Vote On Marijuana Legalization For First Time 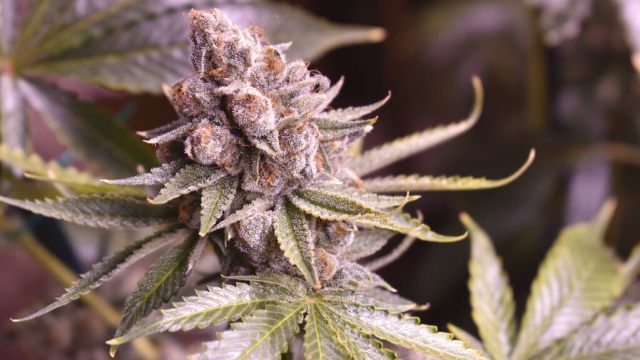 SMS
U.S. House To Vote On Marijuana Legalization For First Time
By Kellan Howell
By Kellan Howell
December 3, 2020
The MORE Act would put federal tax on marijuana where it is already legal and funnel proceeds to communities with history of high marijuana arrests.
SHOW TRANSCRIPT

The House of Representatives on Friday is set to vote for the first time on a bill to legalize marijuana at the federal level.

Advocates are calling the Marijuana Opportunity Reinvestment and Expungement Act — or MORE ACT — the most sweeping marijuana reform bill yet.

"When you acknowledge the fact that the war on marijuana, the war on drugs, has intentionally and really sweepingly impacted communities and individuals, it's only right that the measures that are rolling those bad policies back are as comprehensive as the harm that we know many people have experienced," said Queen Adesuyi, policy manager for Drug Policy Alliance

The MORE Act removes marijuana from the list of federally controlled illegal substances and expunges criminal records of those with marijuana-related federal convictions. It establishes a federal tax on legal marijuana sales that will fund grant programs to reinvest in communities impacted by high arrest rates and prison time for marijuana offenses. It would also help states add diversity to the cannabis industry by opening it up to those convicted of pot offenses as well as women and people of color.

The legislation does not make pot legal for purchase nationwide. States still have to legalize and establish their own markets.

The vote comes on the heels of a tumultuous season of civil unrest over racial injustice and an election that saw four new states vote to legalize cannabis. It's the first time a full chamber of Congress will vote on a bill to legalize pot.

"I'm really grateful to see at a moment when Congress is a mess, that Congress actually is able to take the steps necessary to have the House as a chamber of Congress finally acknowledge that criminalization of marijuana was wrong. And it's bad policy," Adesuyi said.

The House is expected to pass the bill, but it's future in a Republican controlled Senate is bleak.

"The House of Representatives is spending this week on pressing issues like marijuana. Marijuana. You know, serious important legislation benefiting the national crisis," McConnell said Thursday.

But it could get a boost from the White House. Vice President-elect Kamala Harris sponsored the Senate version of the bill and has advocated for federal marijuana legalization.

"First of all, let me make this statement very clear. I believe we need to legalize marijuana," Harris said in a February 2019 interview on The Breakfast Club radio show.

Although President-elect Joe Biden has not been on board with legalization efforts, advocates are hopeful that as president, Biden will be open to change on federal drug policy.

"I'm hoping that his selection of Vice President-elect Harris, it means that he would be open to moving on this issue and open to hearing her understanding and grappling of the way that this issues of racial justice, issues of economic justice issue," Adesuyi said.