What Motivates People To March For Science? 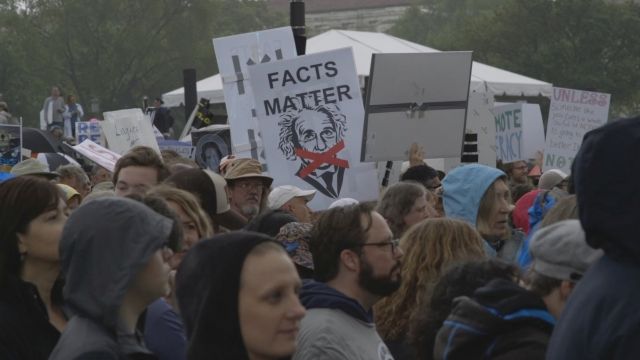 Protesters at the March for Science spoke about climate change, the EPA and inspiring others.

Thousands of people braved the rain in Washington, D.C., to protest and march in the name of science. But standing up for science can mean different things to different people. For most, the march seemed to be about climate change and the environment. The proposed cuts to the EPA were a big topic, too. But there were also messages about coming together and inspiring others.