Many Small Towns In Desperate Need Of Volunteer Firefighters 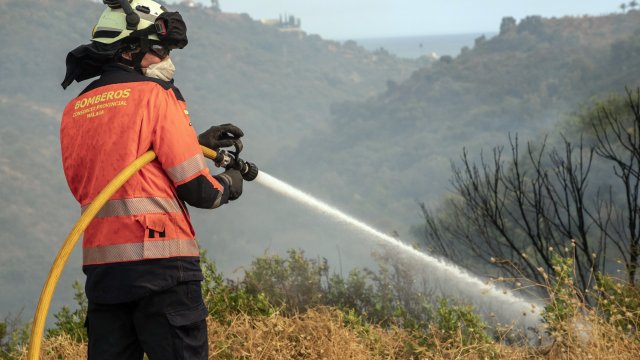 SMS
Many Small Towns In Desperate Need Of Volunteer Firefighters
By Matt Pearl
By Matt Pearl
January 3, 2022
In towns with fewer than 10,000 people, where budgets don't have much space, volunteers make up 91% of all firefighters.

Not long ago, the U.S. Census Bureau declared America a nation of small towns. But many of those towns have a big-time problem: They need firefighters.

According to Steve Hirsch of the National Volunteer Fire Council, small towns across the country are searching for volunteer firefighters.

"When you start talking about two Americas, we're sometimes our own worst enemies because we don't tell people that we need volunteers, too," Hirsch said.

Volunteers are the lifeblood of most small-town fire departments.

In cities and towns above 10,000 people, most firefighters get paid. But volunteers make up a combined 24% of the U.S. firefighter force.

In towns with fewer than 10,000 people, where budgets are tight, volunteers make up 91% of all firefighters. In many cases, they're the whole department.

"Quite frankly, there's probably very few volunteer fire departments that don't need help. There are some that really, really struggle," Hirsch said. "There are a lot of places, especially east of the Mississippi, that rely upon fundraisers to make their departments work and don't get tax support."

The problem in recent years is recruiting new volunteers. The number of volunteer firefighters has remained stagnant for decades, while the number of calls to U.S. fire departments has tripled.

The other challenge is finding younger volunteers. According to the National Volunteer Firefighter Council, the percentage of firefighters older than 50 has doubled in the last 30 years. It's getting harder and harder to find volunteer firefighters younger than 30 across the country.

"We also have to look at some nontraditional ways of recruiting people," Hirsch said. "We've got to get better about recruiting women and minorities, too."

Firefighter needs have flown under the radar in some cities and towns because the number of paid firefighters is growing as bigger towns are investing.

But what it means to be a firefighter is also changing. Most calls to fire departments aren't for fires but medical aid.

In smaller towns, where hospitals are fewer and homes are more spread out, the bedrock idea of a fire department is on less stable ground.