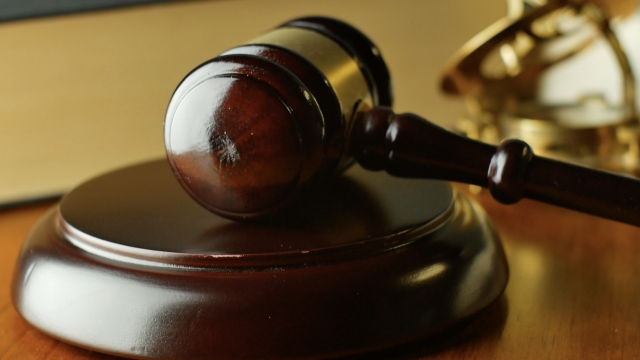 SMS
Do Closed Courts Violate A Defendant's Sixth Amendment Rights?
By Vinnie Politan
By Vinnie Politan
March 31, 2020
Many courts across the country are closed due to coronavirus. So what does that mean for folks awaiting a trial?
SHOW TRANSCRIPT

"The pandemic presents an extraordinary challenge for the legal system. We depend on human interaction to achieve justice under the law. We are working to maintain that interaction while also working to minimize the spread of the virus," Florida Supreme Court Chief Justice Charles Canady said.

Defendants, judges and attorneys are feeling the impacts of COVID-19 as courts across the country begin to slow operations and halt jury trials in response to the international health crisis.

Some say the health and safety measures being taken by the courts are infringing on defendant's sixth amendment rights.

"Two things are of critical importance, specifically right now. Number one is the right to a speedy trial. Number two is the right to a public trial. How can you have a speedy trial if the courts are not working? How can you have a public trial if people are social distancing and are trying to shelter in place?" Law Professor Dr. Pamella Seay said.

"Well, is it fair under the Sixth Amendment? Yes, because it's actually considered as an exceptional circumstance when something is out of your control that you can suspend someone's right to a speedy trial," Attorney Dave Aronberg said.

With jury trials and other court proceedings on hold, some defendants are spending more time in jail.

"The problem with the system, we have people sitting in these, what I call incubators of illness, waiting to get to court when they have these low bonds they can't make. We're talking about folks that can't get out because they can't raise $500 or $1,000. Disproportionately, the people that are sitting in the jail are generally poor and of color, which is the problem with our system in the first place," advocate Drew Findling said.

How and when jury trials will resume varies among jurisdictions, but when they do fears of coronavirus could linger.

"My biggest concern is that the jurors will have the confidence when the orders are lifted to re-enter the courthouse. We want people to be good citizens and attend jury duty but they're not going to show up if they think there's a chance that they're still going to contract the virus," Aronberg said.