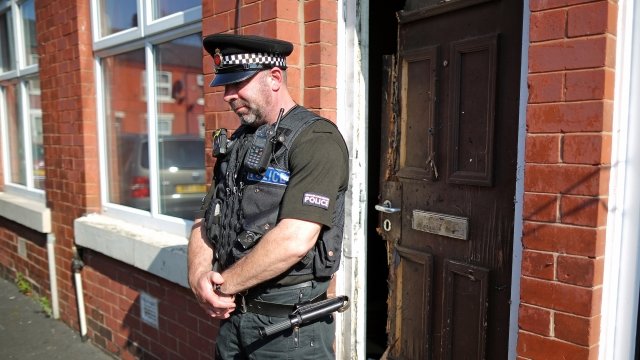 British authorities are investigating a New Year's Eve stabbing attack in the city of Manchester as a terrorist incident.

Three people were stabbed, including a police officer. All three were taken to a local hospital to be treated for serious but not life-threatening injuries. Police say a suspect was immediately detained on suspicion of attempted murder. Authorities were searching his home Tuesday.

Prime Minister Theresa May thanked officers for their "courageous response" in a Tuesday tweet.

Police have yet to release any more details about the attack or the suspect. But officials say they currently have no reason to believe anyone else was involved in the attack.