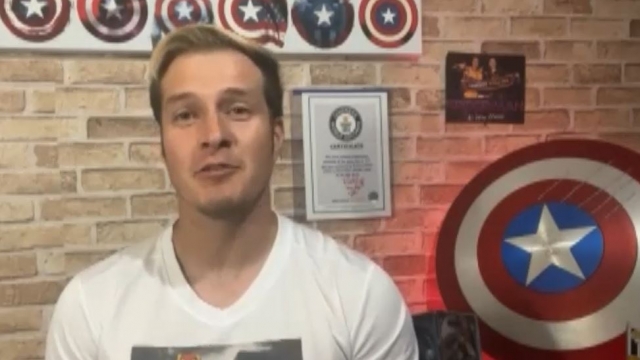 SMS
Man Sets World Record Watching 'Spider-Man: No Way Home' 292 Times
By Newsy Staff
By Newsy Staff
April 24, 2022
To claim the record, Ramiro Alanis was not allowed to use his phone, take naps or even use the bathroom during the movie.

"Spider-Man: No Way Home" has grossed nearly $2 billion at the box office in just over four months.

And one Florida man can lay claim to a big chunk of that change.

To claim the record, he was not allowed to use his phone, take naps or even use the bathroom during the movie.

Ramiro even topped his own record this year.

He had previously seen "Avengers: Endgame" 191 times in the theater.

Alanis' records came with personal sacrifices: He spent around $3,400 in movie tickets.