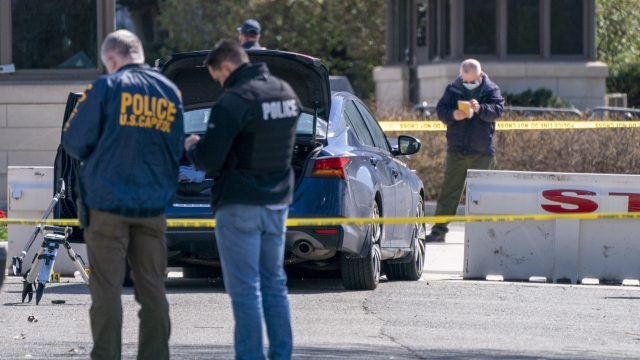 Authorities said the suspect was shot and killed by Capitol Police after disobeying commands and lunging toward officers with a knife.

An officer has died after an armed suspect ran a car into a checkpoint near the U.S. Senate side of the Capitol.

"The suspect rammed his car into two of our officers and then hit the north barricade barrier," said acting Capitol Police Chief Yogananda D. Pittman. "At such time that suspect exited the vehicle with a knife in hand. Our officers then engaged that suspect. He did not respond to verbal commands. The suspect did start lunging toward U.S. Capitol police officers, at which time U.S. Capitol Police officers fired upon the suspect. At this time the suspect has been pronounced deceased. Two U.S. Capitol police officers were transported to two different hospitals. And it is with a very, very heavy heart that I announce one of our officers has succumbed to his injuries."