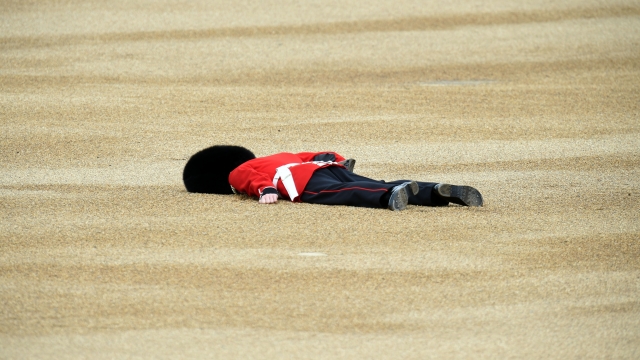 A member of the Queen's Guard collapsed during the British monarch's 90th birthday celebration.

A member of the Queen's Guard probably didn't plan to do this when honoring Her Majesty during her 90th birthday celebration Saturday.

The guardsman collapsed during the Trooping the Colour ceremony, which marked Queen Elizabeth's "official" birthday.

A number of other officers came to the guardsman's aid and took him to get medical attention.

But he shouldn't feel bad. Other guards have fainted at previous events, including a Royal Air Force officer just a day earlier. The uniforms are reportedly heavy, and it was about 70 degrees in London on both Friday and Saturday.