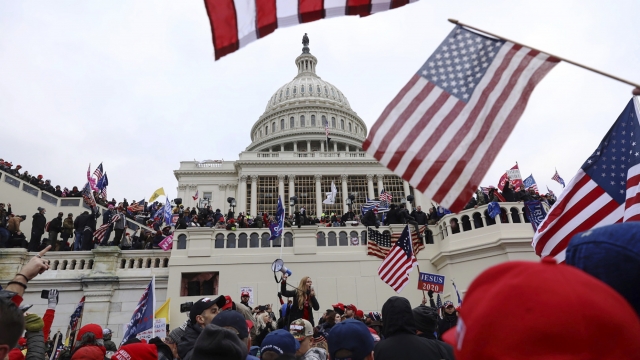 A speaker at a "Stop the Steal" rally that took place the day before the Capitol riot has been arrested.

Fourty-four-year-old Brandon Straka was taken into custody in Nebraska on a felony charge of interfering with police during civil disorder and breaking into the Capitol.

According to an FBI affidavit, the man is seen on video encouraging people to take a police officer's shield and charging into the Capitol with a crowd.