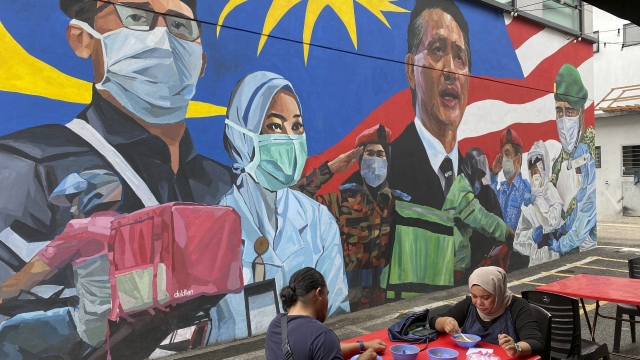 The announcement came as 1,100 new cases were reported on Saturday. Just last month, the country had about 14,000 total cases, but infections have nearly tripled since. Johns Hopkins University reports Malaysia's nearing 40,000 total cases.

Almost all of the peninsular country will be under a movement control order. Schools are to be closed and religious gatherings and other public events are banned until early December in an effort to slow the spread. Some larger cities have already been under the restrictions since Oct. 14.

With lawmakers sick, Malaysia's remaining Parliament meetings for the year may be called off. Some people think there's political motive — putting off the meetings would also put off no confidence votes for the prime minister. Twenty-five of 64 motions submitted for the rest of the year involve votes of no confidence.