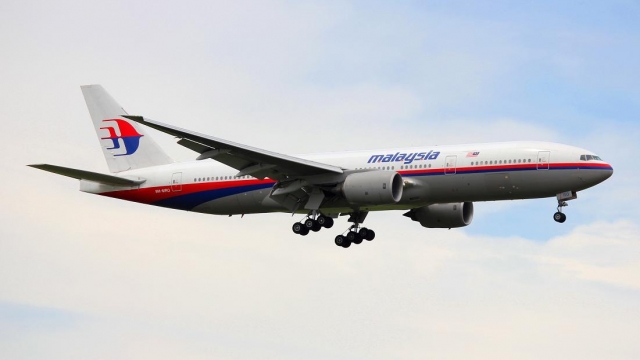 SMS
Malaysia Airlines Has A New Way To Track Its Planes After Flight MH370
By Katherine Biek
By Katherine Biek
April 19, 2017
The carrier will use a satellite-based system that provides "real-time position updates" for flights anywhere in the world.
SHOW TRANSCRIPT

Malaysia Airlines will soon use satellites to track its planes.

The satellites will show "real-time position updates" for all flights, even when the planes are over remote areas.

The satellite-tracking system is operated by three companies: Aireon, FlightAware and SITAONAIR.

It makes sense Malaysia Airlines would sign up for this type of service.

In 2014, its MH370 flight was heading from Kuala Lumpur to Beijing when the plane and the 239 people on board disappeared somewhere over the Indian Ocean.

Although wreckage was found near Africa and on its shore, search crews haven't located the main body of the aircraft — even after combing more than 46,000 square miles of ocean. 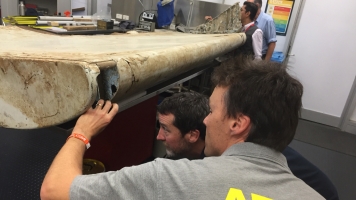 MH370 Was Out Of Control When It Descended Into The Ocean

Bloomberg reports it's unknown if the airline could've tracked the flight with the new satellite system.

The system relies on a plane's location transmitter, but MH370's either malfunctioned or was intentionally turned off.

Besides location, the satellite system will also give Malaysia Airlines a plane's speed, altitude and heading. The service is expected to be up and running in 2018.