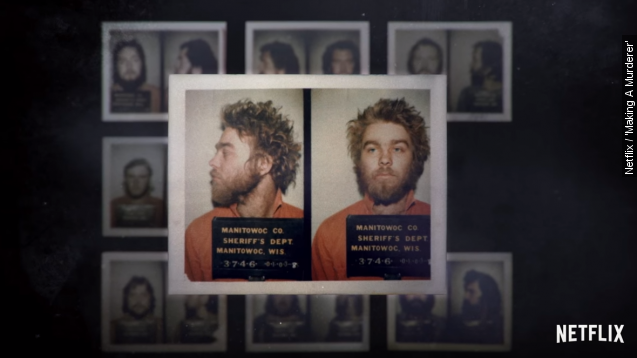 SMS
'Making A Murderer' Viewers Sign Petitions To Pardon Steven Avery
By Katie Link
By Katie Link
January 3, 2016
A new Netflix documentary examines the story of a man convicted of murder, and it's inspired thousands to sign petitions calling for his pardon.
SHOW TRANSCRIPT

Netflix's "Making a Murderer" has prompted more than 100,000 people to sign a petition for Steven Avery's release.

Avery is spending life in prison after he was convicted of murdering a woman in 2005 in Wisconsin. The Netflix documentary series, released Dec. 18, explores how he was convicted. (Video via CBS)

Avery had previously been convicted of sexually assaulting another woman but was released almost 20 years later, in 2003, after DNA evidence exonerated him.

The 10-part series focuses on shortcomings in the U.S. justice system, something that apparently resonated with thousands of viewers. Petitions from Change.org and the White House are gaining signatures. Both call on President Obama to give Avery and his nephew Brendan Dassey full pardons of their convictions.

If the White House petition reaches 100,000 signatures by the mid-January deadline, it will have to respond publicly.