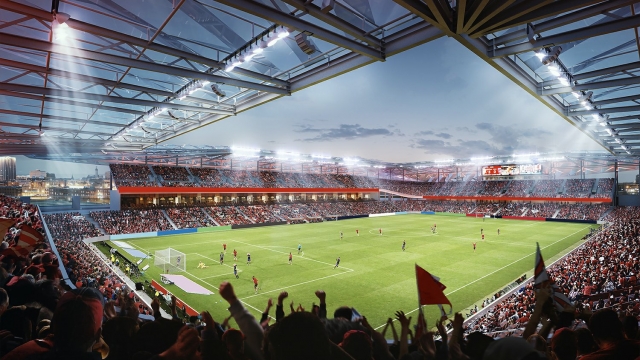 Major League Soccer is coming to St. Louis. On Tuesday, MLS Commissioner Don Garber announced the Gateway to the West is getting a team. And it's making a bit of history, as it'll be the first female majority-owned club in the league.

Caroline Kindle Betz, who is leading the ownership group, said "Our ownership group has come a long way since we first announced our bid last October...and it's an incredible feeling to now be able to say, St. Louis is home to the first official majority female-led ownership group in MLS."

St. Louis has a long history with soccer, dating back to the 1950 World Cup team, who had 5 of 11 players from the Gateway City. It's molded numerous soccer stars, including recent World Cup champion Becky Sauerbrunn. There are more than 4,000 youth teams in the metro area with over 50,000 youth soccer players living in the St. Louis market.

The team will play in a brand new stadium in downtown St. Louis, expected to cost around $250 million. And according to the ownership group, there won't need to be a citywide tax investment to finance the stadium. Only fans purchasing tickets or items at the stadium will have any taxes to pay. The team will be paying for maintenance, repair and upkeep.

Garber said MLS welcomes the new St. Louis team with pride. "St. Louis is a city with a rich soccer tradition, and it is a market we have considered since the league’s inception," he said.

The MLS is hoping to expand their 24 teams to 30. Miami, Nashville and Austin are all set to join the league in the next two years.

St. Louis will be the 28th team. The name, colors and badge haven't been decided yet, but the club will kick off MLS play in March 2022.