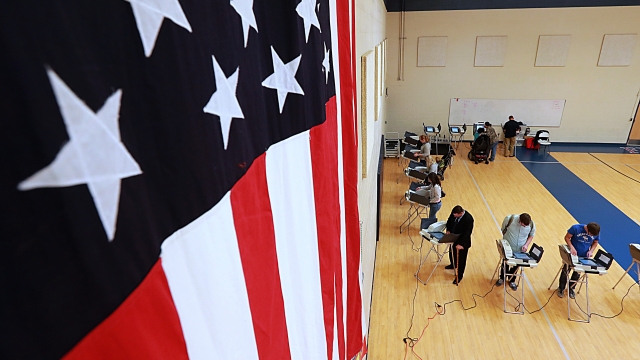 The compact changes the way states award electoral votes to ensure that the candidate who gets the most votes nationwide wins the presidency.

Maine's Senate approved a bill Tuesday to join 14 other states and Washington, D.C., in the National Popular Vote compact.

That agreement aims to change the way states award their electoral votes to ensure that the presidential candidate who gets the most votes nationwide ends up in the White House.

Maine is currently one of two states that splits its electoral college votes. It gives one vote to the winner of each of its two congressional districts, and then the remaining two go to the state's overall winner.

As Newsy previously reported, most states currently have "winner-take-all" laws, which give all of a state's electoral votes to the candidate who wins the majority in that state. One criticism of this system is that there's little incentive to vote if you live in a state where the majority of residents vote differently than you.

Supporters of the National Popular Vote compact say it would encourage presidential candidates to campaign all across the country, not just in states that'd push them over the 270 electoral votes required to win.

The pact only goes into effect if the participating states total 270 electoral votes or more. The states would then link their electoral college votes to the winner of the national popular vote.

The Maine bill now heads to the state House, where it is expected to pass. Gov. Janet Mills hasn't indicated whether she'll sign it. If she does, it will bring participating states' total electoral votes to 193. The pact then needs buy-in from states with 77 more electoral votes to bypass the current system.