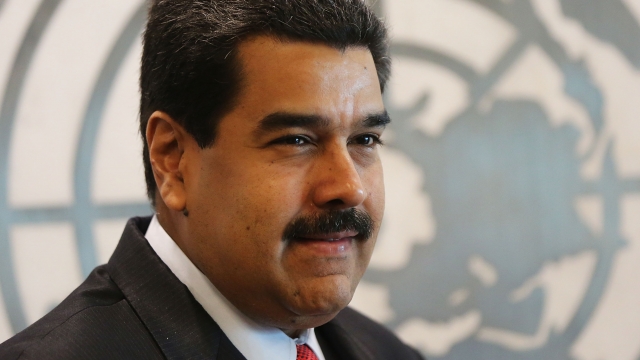 Venezuela is facing a huge economic and political crisis, but Maduro has turned down the U.S.' humanitarian aid in the past.

Venezuela is facing a huge economic and political crisis. Food has become so scare that many residents are losing weight. Since 2014, around 2.5 million people have reportedly fled the country due to food shortages and massive inflation, among other problems.

Allegations that the country's recent election was unfair sparked Juan Guaidó, an opposition leader, to proclaim himself interim president of Venezuela. Since then, dozens of countries, including the U.S., have recognized him as Venezuela's legitimate leader. Maduro has refused to step down.

Just hours before Maduro made his announcement, President Donald Trump criticized him in a speech for turning down U.S. humanitarian aid that Guaidó had asked for. Maduro responded and said, "We've never been, nor are we, a country of beggars."