Macron's Election Victory Is Only Half The Battle 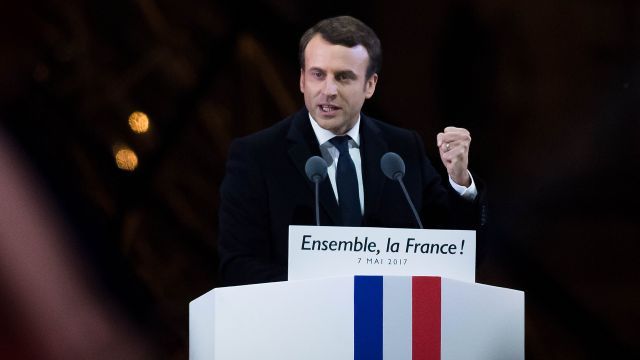 SMS
Macron's Election Victory Is Only Half The Battle
By Matt Picht
By Matt Picht
May 8, 2017
Emmanuel Macron has won the French presidency, but the upcoming parliamentary elections could determine how much power he really has.
SHOW TRANSCRIPT

Emmanuel Macron has won the French presidency, but right now he doesn't have a single seat in Parliament to his name.

That won't change until June, when elections for France's National Assembly will take place. And the outcome of that election could dramatically affect how Macron governs the country.

Macron's party, En Marche, has promised to put up a candidate for all 577 seats in the Assembly. If they win a majority of those seats, Macron's job becomes much easier; he selects his own prime minister and works with his party to pass legislation. 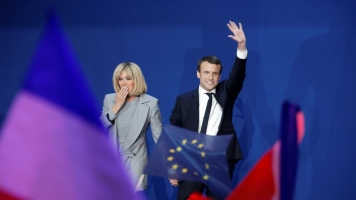 France's New President And His Wife Have A Rare Age Gap

But winning a majority is a long shot; French voters are split among at least five major parties, and En Marche doesn't have the same electoral experience as a lot of the more established parties.

It's more likely that no one party will win enough seats to form a majority in the Assembly, forcing Macron to weld together a coalition of different factions under a compromise agenda and cabinet.

And if one party manages to steal a march on En Marche and seize a legislative majority, Macron will have to put up with whatever prime minister and legislation that party wants to pass — or risk losing his job to a no-confidence vote.

Like the presidential race, France's legislative elections are split into two rounds. The first round ends on June 11, with runoff elections held on June 17-18.