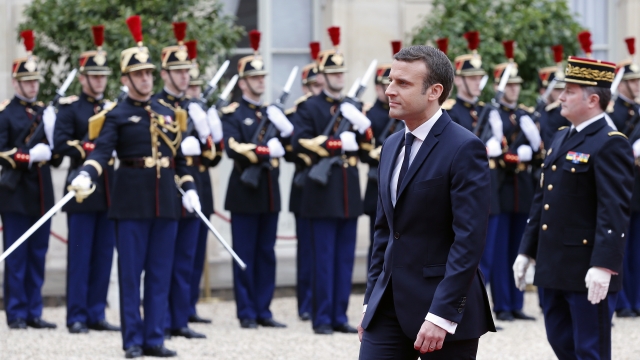 SMS
France's Youngest President Pledges To Fix Problems At Home And Abroad
By Jake Jones
By Jake Jones
May 14, 2017
His party plans to enter candidates to run for all 577 legislative seats in June.
SHOW TRANSCRIPT

Emmanuel Macron laid out his plan for France on Sunday after becoming the country's youngest leader since Napoleon.

In his inauguration speech, Macron promised to combat authoritarianism, terrorism, climate change and the "excesses of capitalism in the world." He pledged to find a solution to the global migrant crisis and called for a "more efficient, more democratic" European Union. 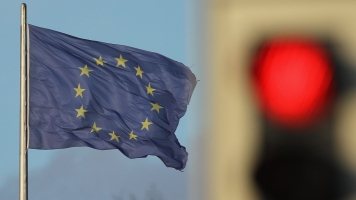 As part of the official exchange of power, outgoing President François Hollande gave Macron the launch codes for France's 300 nuclear warheads. France will become the only EU member with nuclear weapons once Brexit is complete.

Macron's self-founded party doesn't hold any seats in the French National Assembly. With those elections in June, Macron has pledged to have a candidate for all 577 of France's legislative seats. More than 400 candidates have already been announced.