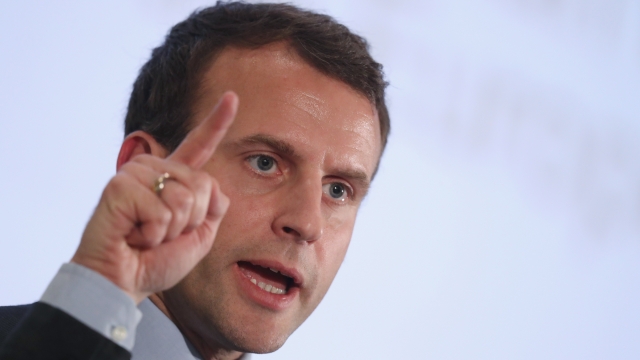 The movement started in mid-November, with protests happening almost every weekend. Tens of thousands of people have taken to the streets to protest against a fuel tax hike, as well as the high cost of living and Macron's presidency as a whole. The group has also made a number of other demands.

Macron unveiled his reform package Thursday addressing those concerns. In part, his response includes lowering taxes for the middle class, a review of pensions guidelines and guaranteed end of year bonuses for lower-income workers.

He also wants to make it easier for citizens to start a referendum on any issue they please. Macron says he wants to hold more votes, but the change could be difficult to implement.

He says he'll stop the closure of schools and hospitals in more rural areas. Yellow Vest protesters have said many residents feel abandoned.

Macron also pledged to reform the recruitment process at the elite school he graduated from, École Nationale d'Administration, known as ENA. Protesters have pushed for ENA to be more inclusive, arguing it only accepts those that come from wealth, privilege and power. Many of the country's ministers and prime ministers were students at ENA.

The new measures come after months of open debates across the country Macron began in response to the yellow vest movement.

Macron was expected to announce the plan last week but rescheduled after the fire in Notre Dame.