Why Democrats Are Focused On Louisiana's U.S. Senate Race 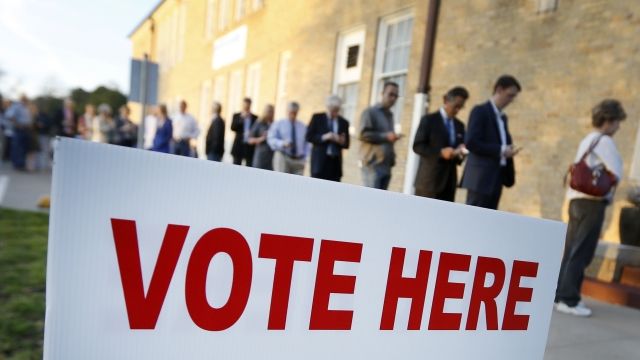 A win could pose some headaches for the Trump administration.

You probably think the very long, surprising 2016 election season is all over, don't you? Not so fast. There's still Louisiana.

The land of beads and Drew Brees has an upcoming U.S. Senate race. John Kennedy, a Republican and the front-runner, is up against Democrat Foster Campbell.

So what was Louisiana doing on Election Day? Basically a free-for-all vote.

Twenty-three people were on the ballot on Nov. 8. Since no candidate reached a 50 percent threshold, a runoff election was held between the top two. The final vote is Dec. 10.

Democrats are getting really excited about this race. It's their last hope to rein in some of the GOP's power in the Senate; currently, there's a 51- 48 split.

SEE MORE: Republican-Led Congress And Trump Agree On Their First Steps — Sort Of

Adding a Campbell win to their column and getting a couple of the more moderate Senators like John McCain or Lindsey Graham on certain issues, the left could create a bit of headache for parts of President-elect Donald Trump's agenda.

But Republicans probably aren't too concerned. Kennedy has a pretty wide lead in polls, and unless Democrats are able to pull off some serious organization in the boot, the GOP Senate lead could just grow.