Lori Loughlin, Others Officially Plead Not Guilty In Admissions Scam 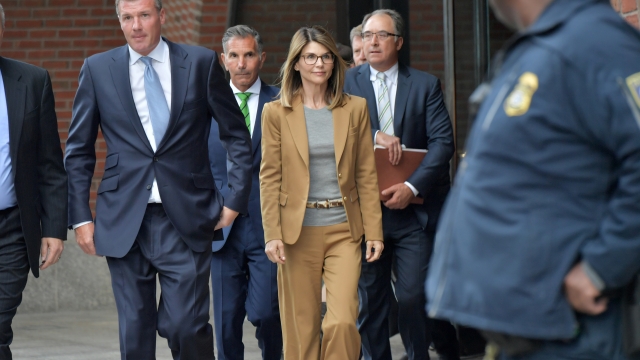 The "Full House" actress officially submitted a not guilty plea Monday for charges linked to the college admissions scandal.

Actress Lori Loughlin, her husband and 15 other parents have officially pleaded not guilty to charges linked to a nationwide college admissions scam.

Their pleas were formally submitted in a Boston federal court Monday after being filed earlier this month.

The "Full House" star and her husband, fashion designer Mossimo Giannulli, are charged with two counts of conspiracy related to fraud and money laundering.

According to prosecutors, the pair paid $500,000 in order to fraudulently get their daughters into the University of Southern California as crew team recruits. The two have maintained their innocence.

The U.S. attorney for Massachusetts says they're among the 50 people in six states charged for their alleged involvement with the scam.

The plot was based on getting students accepted to elite universities by using fake athletic credentials or cheating on SAT and ACT exams. Prosecutors say some parents paid between $200,000 and $6.5 million to the scheme's ringleader, who then bribed athletic coaches or paid people to take or modify entrance exams.

Huffman's expected to be in federal court in Boston on May 13 to enter her plea. A status hearing for Loughlin and Giannulli is set for June 3.

According to the Justice Department, this is the largest college admissions scam ever prosecuted.