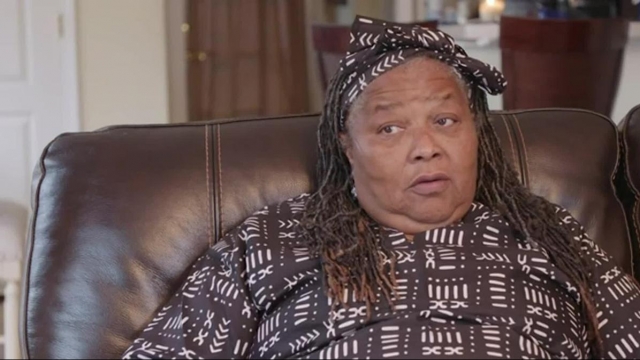 SMS
Loss Of Land A Century Ago Still Haunts Black Families In Georgia
May 29, 2021
Descendants in Georgia reflect on the trauma of racial violence and black families being forced off of their land.
SHOW TRANSCRIPT

Forsyth County in North Georgia is one of the wealthiest counties in the state. But that wealth is built on a dark past. More than 100 years ago, black families in the county were violently forced out losing their land and some losing their lives.

It was a loss of generational wealth. The descendants are proof the injustices of the past have consequences today.

“My father always talked about owning land. It made you... a man."

Elon Osby is a descendant of the Bagley family. Her family owned 60 acres in Forsyth County, Georgia, northeast of Atlanta. Though it was a mostly white farming community, the Bagleys were one of hundreds of black families thriving in the area. That is until a tragic event in 1912.

In September of that year, an 18-year-old white woman named Mae Crow was beaten and raped. She later died from her injuries. The backlash from the white community was severe. Three black men and a young black woman were accused of the crime and thrown in jail. One of them was a 24-year-old named Rob Edwards.

Local historian George Pirkle said: “The crowd went straight to Rob Edwards, who was cowering on the floor of the jail cell and crying. And they beat him to death with a crowbar, and then they shot him several times and dragged him out. Then they hanged his body...somewhere near courthouse square."

A historical marker remembering the lynching was erected with help from the Equal Justice Initiative. The group says they’ve worked with nearly 50 other communities to put up similar markers around the country. But the sign has increasingly become the spark for a much deeper conversation about what else was really lost in 1912. That was only the beginning of the violence

Groups of night riders terrorized the black families in town and threatening them to leave.

Osby said: “They were forced to leave. Their property was burned, homes burned. Everything that they weren't able to gather on a wagon and save was lost.”

Denise Boyd’s great grandfather, Joseph, owned 200 acres. The family tried to hang on but sold and left after a few years.

Boyd said: "He had the only working sawmill in Forsyth County, eventually it got to Joseph and that's when he just packed up my mother and they left…”

Forsyth County was not an anomaly. Hundreds of counties expelled their black communities. White rioters lynched three black men and banished 200 people in Pierce City, Missouri over the 1901 murder of a white woman.

These banishments had a ripple effect, denying the ability of these families to pass on land, creating a wealth gap where the families weren't able to build on the wealth of their ancestors

According to Kirsten Mullen and William Darity, Jr., Authors “From Here to Equality,” this ability to transfer resources across generations makes a huge difference in whether one is able to acquire wealth or not.

The loss of these communities was only the beginning. Black farmers peaked in 1910, owning nearly 19 million acres of land. In 2017, it was less than five million. Today, Forsyth is considered one of the richest counties in Georgia. According to recent population estimates, black families make up about four percent of the population.

Descendant Elon Osby said she’s thankful for the marker, but wants more discussion about what families here lost not so long ago.

Said Elon Osby: “I think that there should be reparations. There was a time when I didn't. I just wanted somebody to say we're sorry. But I think that people deserve more than that. Now, that's just not quite enough.”