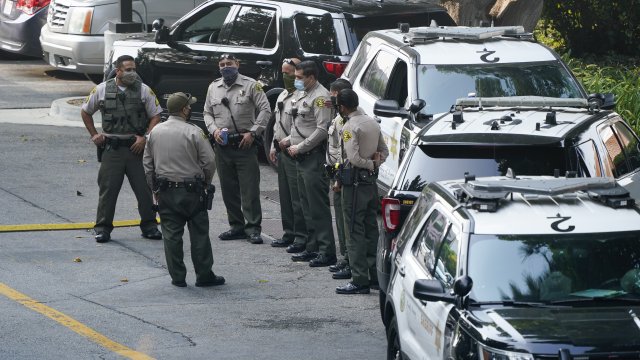 SMS
Los Angeles Sheriff's Deputy Released From The Hospital
By Newsy Staff
By Newsy Staff
September 17, 2020
A man opened fire on the two sheriff's deputies while they were sitting in their squad car.
SHOW TRANSCRIPT

One of the Los Angeles County Sheriff's deputies injured in an ambush shooting has now been released from the hospital.

The 24-year-old deputy was shot by a gunman as he sat in his squad car with his partner. The department said he was released Wednesday but has a long road of recovery ahead of him.

The 31-year-old deputy is still in the hospital. They both suffered critical injuries and had to have surgery.

The gunman is still on the loose, and officials are offering a reward of up to $300,000 for information leading to an arrest.