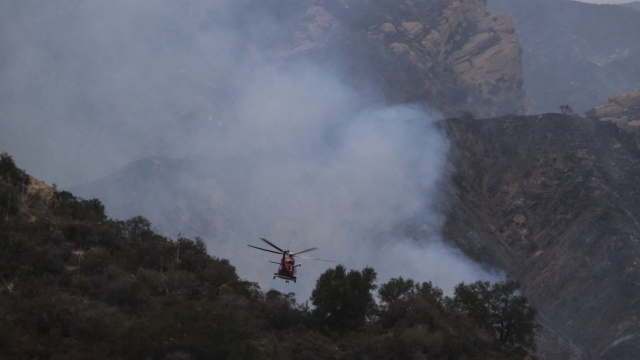 Around a thousand people in a Los Angeles area community have been ordered to leave their homes as a wildfire burns.

Around a thousand people in a Los Angeles area community have been ordered to leave their homes as a wildfire burns.

And officials say people in the Topanga Canyon area who haven't been evacuated should be prepared to do so.

The fire, which had burned more than two square miles by last night, has been deemed suspicious.

L.A. hasn't seen a lot of rain this year, heightening the risk for wildfires.